Opening:
One summer morning long ago, a poor boy named Jack found an invitation slipped beneath his cottage door. It read:


Synopsis:
Lowly Jack is invited to the princess's birthday, but he has no present to bring. Selling his few possessions, resourceful Jack gathers the ingredients he needs to make the perfect birthday cake. On his way to the castle, poor Jack and his cake are menaced by an assortment of characters, from four-and-twenty blackbirds to a greedy troll. Disappointed Jack must eventually face the princess empty-handed. It will take all his cleverness to keep the party from being a total loss.

What I Love:
What can Candy write that we will not adore? Not much. Here is a new tale, traditionally told, which satisfies the ache for fairy tales in a refreshing way. The author twists in the familiar in this subtractive tale (the opposite of cumulative?), but she ends up with a story which is anything but ordinary: A story about resourcefulness and the charming ability children have to bear up under adversity and to build friendship in unlikely ways.

Brian proves he is a superlative illustrator with his deceptively simple art. He transports us to a time and place with the sparest of details. He captures the characters emotions with a flick of the pen. From Jack to the dancing bear, I just want to hug them all! Adorable, without being cutesy! 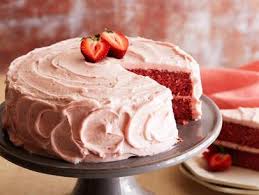 1. I hope you don't have to sell your possessions to cook up Paula Deen's Simply Delicious Strawberry Cake.
2. TeachingBooks lists some lesson plan ideas for this book on their site.
3. The sound quality on this you tube clip is poor, but this young man's performance of Clever Jack is almost as much fun as reading the book!
4. Jules interviews Candace about Clever Jack right after its initial publication, and an gives an overview of Brian's career on 7 Imp.
5. I recently learned about the Appalachian Jack Tales heritage from E Dulemba. Learn more about Jack in traditional folklore or read the Dance Among Thorns, the original Jack tale. Candy's book has a more European flavor, but it definitely carries on the Jack Tale tradition.
6. Color a traditional Jack and the Beanstalk coloring page from Super Coloring Pages.
7. Here's an  eclectic mix of Perfect Picture Books which would be fun to read together. Find them at your local library.

Check out all the recommended titles for Perfect Picture Book Friday
for November 7, 2014, available on Susanna Leonard Hill's blog.
Posted by Joanne Roberts at 10:54 AM

Joanne Roberts
Thanks for stopping by my site. I'm a children's illustrator and writer who can't get enough kidlit. At Bookish Ambition you can learn about writing challenges, illustrating contests, gallery events, book reviews, fabulous artists, and talented authors. Along the way, you'll hear the ins and outs of my own creative journey. From newbie to Newbery, it's my hope you'll find something valuable here.

FOR THE LOVE OF BOOKS

I also offer manuscript critiques for writers of picture and chapter books.

Send your work into the world!

Join the Nerdy Chicks as the plot thickens!

I finished my first draft!

21 Days of Advice and Exercises

Use the prompts all year long!

I made my goal!